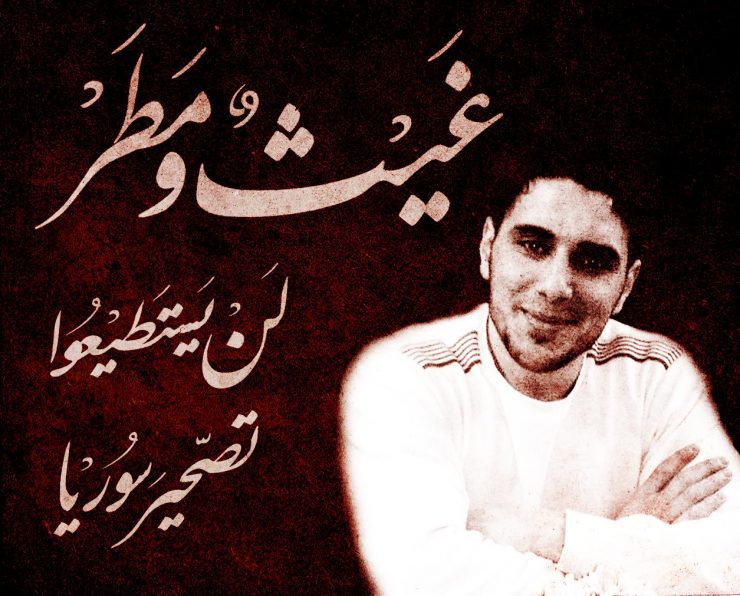 Ghiyath Matar was arrested on September 6th 2011 by Syrian security forces. Four days later, Matar’s body was returned to his family, with visible signs of  severe torture. His funeral was attended by the ambassadors of the United States, Japan, Germany, France, and Denmark. Ghiyath Matar is a symbol of peaceful resistance to the Syrian revolution.

The Man of Peace: Dylan Connor