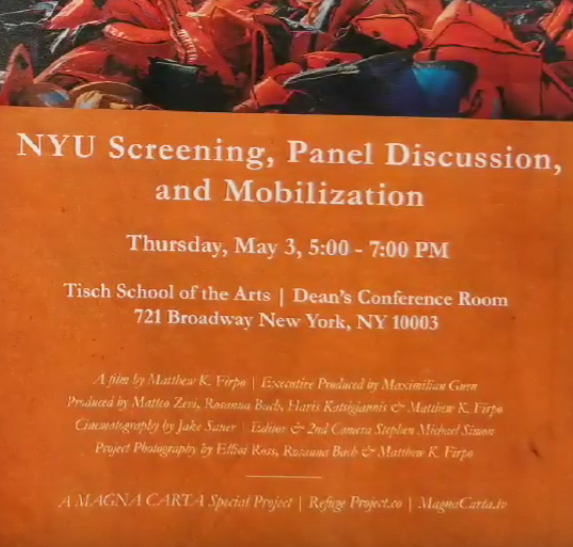 NYU Tisch School of the Arts

Since 2011 when the civil war in Syria stared 2/3 of Syrians were displaced. This means 12 million people had to leave their homes. Majority of them – 6.3 million became displaced within Syria (they are called Internally Displaced People), 5.5 million became refugees and over 185,000 are still waiting in their asylum procedures. After years of civil war in Syria, first neigbouring countries started restricting travels for Syrian citizens, and then European countries did the same. As a result, for some people, the only way left was through the Meditereans sea. In 2015, over half of the people forced to take this most dangerous route from Turkey to Greece were Syrians. Some of them died here.

Associate Director of the Zolberg Institute For Migration