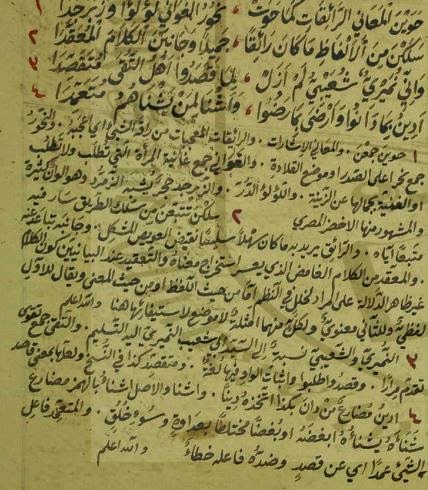 Alawites (Nusayris) are no different from Muslims in their analysis of the concept of doctrine and jurisprudence, as they admit it publicly. But the Alawite sect is a far cry from Islamic thought. Being described as a branch of the Shiites is far fetched, despite the common large portion of Shiite denomination.

They rely on al-Gafera ideologies, one of the religious schools recently adopted from Islamic jurist in the community. The four former schools are Hanafi, Shafei, Alhmpeli, Jaafaric. The latter is founded on the ideas of Jaafar bin Mohammed, where it is believed that he gained entrance into heaven and became blessed.

The Alawite community can be described as one of the most extreme factions in the Shiite sect split. They adopted the internists approach as a guidance. Even the great reticence of their sons in their community make this sect close to a Masonic association. However, it should be noted that they do allow women to learn religion or progressive classes, and topics for men can range.

Recently, several books were published which detail the Alawite religion, strangely enough many are prospering or becoming involved in the Syrian markets. This shows that the interior of this community differs from the Muslim school of thought. Simply by wishing to appear different from Islam, condemns terrorism as a global perspective.

1-  May not allow religious education for women except minimally, relying on the Prophet’s quote: “Women are defected, wherever she goes the devil will look up at her “

2- Religion overestimated wisdom and wise men, and fathers knowledge of Aristotle and Plato

4- Focuses on the importance of the Twelve imams, and advancing the status of the pilot Jafar

The general circulation of books in libraries about the Alawite sect do not justify the extent of the disagreement between the Shiites. Many of them display that the dispute is based on regional differences which led to the growth of Shiite Islam  among youth who have not completed their studies at the hands of well known

religious leaders, or those who don’t have advanced knowledge, or who signed under the influence of clerics having Shiite tendencies in his understanding of wisdom and analysis of religious jurist (1)

Only people who have received their education from well known religious clerics have an understanding of what isn’t announced in their public books. Many religious men fake their knowledge and education through their ignorance. The political authority supports the existence of weak religious men and protects them to insure their loyalty to the authority. As a result of their servitude, their religious education  weakens.

Many religious men speak discreetly that former president Hafez al-Assad is one of their saints. Some go further and consider him a guide of ruler and religious leader Al-Mahdi. During his funeral, many people cried out in the streets of Latakia, “It’s the suitable time for God to let his place to Abu Suleiman.” (2)  His tomb became a shrine for most formal delegations to visit in Latakia, and many of the tribe’s heavily religious followers visit it almost daily.

During the president’s funeral in June 2000, the Syrian Arabic Republic Mufti performed the traditional republic prayers. Cameras were then removed for a few minutes in order to allow religious Alawite men to pray their own prayers. (3)

I cannot certainly determine that I have complete knowledge of  this group and all of it’s details, even with my 15 years of experience and knowledge, however, the presented information was agreed upon by most Nusayri religious men who are known for their honesty. This information may be a small part of the complete truth.

Their acronym is A.M.S, which stands for Ali ibn Abi Talib, the Prophet Muhammad and his companion Salman al-Farsi. In their beliefs, God manifested himself through Ali. This would mean Ali created Muhammad, whom creates Salman, who originated the five orphans.

Abdullah bin-Rawaha Al-Anarsi: Knowledgeable in winds, blessing and the taking of people spirits

1- Visible: This is the human aspect of his formation. It doesn’t eat, drink, nor give birth

2- Inner: The theology aspect, which does not eat or drink

There are many arguments about his place after leaving his human features, some arguments maintain worship of the moon, thinking that he remained on it. They believe that he is the moon itself. Such groups who identify with this belief are al-Hadaras and  al- Klazea. They believe he remained on the sun and is the sun itself. (5)

The concept of the holy trinity illustrates the similarity of the religious Nusayris and Christians. Both admit the equal trinity essence. If one asks a Nusayri if Jesus is Ali, they would simply laugh without giving an answer. As Jesus is God for the Christians and has twelve students, Ali is the god to the Nusayris and has twelve students as well.

The holy book is al-Hafet. It isn’t a common book as most religious secrets exist in it. Any declaration of the content of this book is considered a violation, is punishable by law and it could lead to execution. (6)

Nusayris believe in reincarnation, good spirits will go to the stars and to heaven. This is why they called Ali ‘prince of the stars.’ Evil spirits will form into animals which are considered soiled or demonized. Pigs, monkeys and jackals are some examples of this.

Transcripts according to Nigerian concepts are Reincarnation, Metamorphosis, Annulment and Rasek

Annulment: Exit of the spirit from human body to insect body

Metamorphosis, Annulment, and Rasek will not come across nurseries. Only people called heathens would experience repetition of  punishments and retribution in the world. It doesn’t fit here to mention all statements regarding reincarnation and the suffering that ‘heathens’ endure when their spirits moves from body to another source. (7)

Nusayri earning prevents women from becoming acquainted with the secrets of this group, as they believe she is weak minded and more vicious than man. Even she is more ‘deceitful and cunning. They are the reason for every evil,’ as is declared in their holy book. Nusayri women have no religion. In a former book, recommendations were made to steer clear of them and focus on their negative qualities. Men may be punished to be a women in the next life if he wasn’t a true believer, wasn’t religiously adapted, committed sins against his Nusayri brothers , or didn’t respect their leaders or give them gifts.

Prayers illustrate specific worship to Ali ibn Abi Talib, and have sixteen chapters (Sura.) They pray five times a day but differ from other Islamic sects in its performance. It doesn’t include prostration, but sometimes require kneelings.

They don’t accept Friday prayers as a ritual, unlike Sunnis Muslims. Nor do they purify before prayers or pray at a Mosque, even though they have the mosque they don’t gather in it. The religious men prefer to pray in homes during specific times, they call these meetings ‘Eaed.’ This includes reading news, miracles and stories of their religious saints.

The Nusayri feast restricts preventing sex with women all month during Ramadan.  During the 19th Century, some religious men invite their followers to feast during Ramadan. In order to distinguish them from the Sunni religion, they delay this by one day.

They mock hajj to Mecca, assimilating the holy Kaaba as the turn around of the idols

Wine has significant importance to religious men. According to their claims, God manifests himself in grapevine. It is considered a ‘sons light’ because of the close relationship it had with God. It’s often accepted under rituals, such as drinking consecrated wine similar to a Christian mass.

It is rare to find a village without a religious shrine. Shrines remain in beautiful, high altitude places in villages which mostly contain tombs of holy men. Signs above them have names preceded by what they were known for, such as intelligent expert,or virtuous acquainted. Many religious celebrations in these shrines feature traditional dances known as Dabkeh for women and men. During these celebrations people present many sacrifices and vows. The more famous the shrines and its saints are, the more sacrifices are increased. Some shrines are well known due to their capability to resolve conflicts besides discovering crimes. Examples of this is the Abu Taka shrine in Moseaf (8)

Ignorance stage: Preparation of selected members from sect followers to accept and carry its secrets.

Suspension stage: They are taught doctrine education, and remain for one-two years under the supervision of a leader to allow them acquaintance with religious secrets and methods. If the member is accepted he would be moved to the third level, if not, he would be released.

1 Sheikh Fadel Gazal, one of the most important Hydarea sect leaders who was inviting people to identify with Shiites

6 The writer Suliman al-Adanee, the son of a religious leader in the Turkish region, was burned alive in Latakia because of his published book ‘Albakura al sulimania’ It exposed secrets of the Alawite doctrine. The book was printed in 1863 in Beirut

7 Mouhamad Ben Senan said “Each flying bird has a father, mother and uncles then he mentioned to a carpenter was  working at his house “this carpenter was at first place rooster and today he is  carpenter” The holy al-Haft book says  “You meet a man with a complete figure, thinking of him as a human but he is a monkey, pig, dog or a bear in his future figure”

1 ‘Al al-aween’ written by al-Hussein al Askare, which includes the idolization to Ali ibn Abi Talib, their manifestation of wine considering it as a son of light  because god presents it; worshiping the sun, magnifying the Christian holy day  and believing in reincarnation

2 The booklet entitled ‘Alawite Religious Instructions’ is a manuscript in the National Library of Paris, and was written in question & answer form, consisting of 101 questions