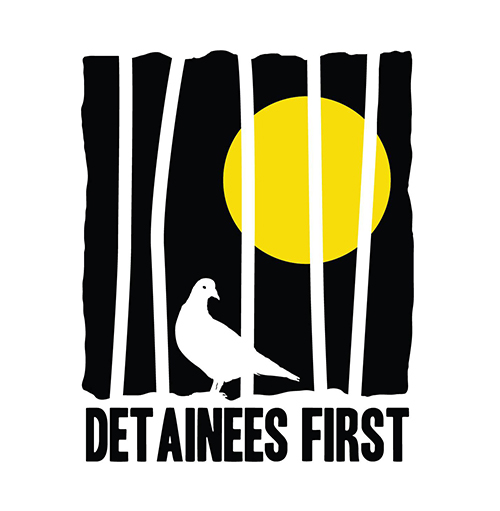 Until now we have two thousand support us, do you want add your name, You can see our message in English, France, Arabic

We, Syrians who have survived death or incarceration only by chance, are not spared the trauma of losing family, friends, and loved ones to death and incarceration.
Syrians who have risen up to earn their stolen political rights feel today, after 5 years of hellish war, that the entire world has ganged up to break them, by Votes in the security council, by disregarding gross war crimes on the ground, or by trading Syrian blood for political agendas. The result is that the Syrian people are still suffering today after they have paid nearly half a million martyrs for the cause of freedom and dignity.

Granted, it is not possible to help those who have passed, but it is our human and moral duty to help the tens of thousands of detained and kidnapped Syrians who are dispersed among the ever-increasing powers of evil, each violating the freedom and dignity of Syrians according to their capacity.

We are not only speaking of prisoners (including women and children) deprived of their freedom, but also of thousands of “disappeared” and kidnapped whose fates are unknown, and of thousands of detainees left to die through starvation, illness, or under systematic torture, which counts as “Crimes Against Humanity” under article 7 of the Roma Statute of the International Criminal Court 1998.

We are speaking about a catastrophe with global dimensions. One that is not only caused by Syrians, but also fueled by the entire world, especially its’ most powerful poles: Russia and the US.

Syrians are not manufacturing the warplanes which kill them, or the heavy weapons which destroy their towns and cities. Their is international responsibility towards the continuance of the incarceration of detainees and kidnapped everywhere in Syria, whether at the hands of the Syrian regime, which has become nothing more than a group of war-lords gathered under the name of a country which, even though a member of the UN, continues to violate its’ resolutions, especially article 12 of UN resolution 2254 (2015), or at the hands of various warlords.

What does the global conscience need so that it may wake up to what’s happening in our country? Aren’t the horrific pictures, shown to the entire world, of Syrians killed by starvation and illness and torture, sufficient to make the world say “enough”?!

We hereby call the international community, international human rights organizations, civil society agencies, and anyone who feels a responsibility towards their humanity, to unite in the face of those who are committing crimes against humanity in Syria. Particularly, we call on the governments of Russia and the US, to activate the Responsibility to Protect (R2P) principle, adopted by the UN in 2005, and work immediately and actively to form an international working group to solve the issue of the detained and kidnapped in Syria.

Please add your signature in this link

One thought on “Detainees First”