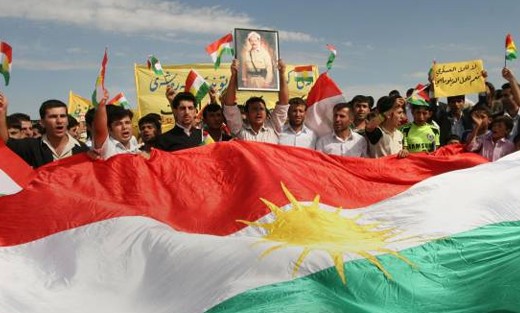 Observers have long been puzzled over identifying the sort of financial support obtained by the PKK warriors. This party, despite the suppressive mechanisms by the Turkish government over them to limit and restrict their activity, managed to escape more than once. This resulted in many military and civilian casualties, and in more than one vital and important location in Turkey.

In turn, the Talibani and Barazani Kurdish parties in Northern Iraq view PKK fighters as a threat to its popularity in the Iraqi Kurdish range. This is the only party that did not deviate from its main objectives, unlike the latter, which consistently maneuver in the usage of its political terminology for the sake of continuing its influence in the formation of the new Iraqi government after the American occupation. This data makes the PKK a very strange party in terms of the support in which it receives. Moreover, International forces, such as the United States and Russia, are also not satisfied with its function and style. Turkey, at present, presents moderation in the Islamic Middle East Region, where both of the United States and Russia encourage this situation.

Turkey, Iran and Syria are trying vigorously in various ways to contain the increasing activity of this party on their soil. However, the party is being dealt with globally, and treated as part of the global terrorist movement. Even so, despite that Kurds are convinced the movement of this party is a popular movement aimed at raising and elevating the Kurdish welfare, and achieving their destiny in forming and establishing a National state that unifies all Kurds.

If you are a Kurd and belong to any political or Jihadi party, then you are morally obligated not to turn down the request of any Kurdish brother, according to his ability and potential. This concept is quite a realistic expression for the PKK regardless of all other Kurdish parties. However, the mechanism of this party depends on the following steps:

The Political Bureau of the party nominates personalities that undergo a fundraising process.

This process is performed in complete secrecy at first. The team, after being formed, communicates with locals. Such locals are well known tribal party leaders, or have tribal prestige in the Kurdish regions and villages. They are then assigned with the task of forming a local team which cooperates with a Mujahid personality from the fundraising party.

What are the Contributions?

It is a common misconception for many analysts that voluntary contributions are only limited to physical (financial) ones. This party has created and embraced a strange mechanism in collecting various sorts of donations which support their goals.

Groups of middle-class Kurds are targeted here and the range of contributions are between $10-$40 for each family. Many families are ashamed of not donating, especially as two members in every family are Government officials. Thus, this amount is very modest, especially that it is paid periodically, about once every three or four months.

Many who provide financial donations to the Kurds are aware of the popularity of the PKK and its impact on youth. So, many people take advantage of their money to influence the local dignities of the party, especially during elections. Such elections are for the party election itself, the Parliamentary Elections, and the elections for local administrations. Some Arab tribal leaders also secretively support this party prior to the Parliamentary Elections, to ensure a portion of votes for themselves.

If you are poor, you can contribute in a more beneficial way than financially. What matters here is to carry the seed of donation. This statement and through its mechanism of implementation, makes this party the most popular among all other Kurdish parties. Poverty is widely seen in Kurdish areas, especially in Turkey, Iraq and Iran. Therefore, the fundraising committees ask poor families to contribute in a symbolic way. They are asked to provide some of their winter food for Kurdish Mujahideen who are fighting on the front lines. These poor families often contribute in presenting wheat, rice or even oil. However, these committees sort the donations at a later time, through selling any unnecessary items and reserving the rest to be used as food for Mujahideen fighting in the Qandil Mountains terrain.

The sense of gratitude towards these special committees that collect from poor donors makes the latter belong to the party intuitively, even if they weren’t able to carry the consequences of this membership. The psychological factor makes these families an integral part of the Kurdish Jihadist movement and this concept is quite evident in the speech of any Kurd who is aware of the state of the Kurdish militants.

The nature of the assessment by the committee for poor Kurds elevate the social states of the poor. To the extent that many of their children or students in schools have repeatedly mentioned exaggerated hearsays. Such rumors as a known Kurdish worker passing by their home, knocking at the door, and taking a large amount of money or food aid from their father, and not passing by the other neighbors for fear of being revealed. This common rumor peddled by boys at school are indications of the psychological readiness of young people to enter the arena of the Kurdish political debate in the future, even if they are not educated or prepared as senior political partisans.

However, many of the boys and poor youth volunteer in Kurdish military wings, where they undergo intense psychological and military training.  Many young girls are also enrolled in these camps and they fight side by side with men. It is not the same as many other isolated armed groups in the mountains, despite how some try to portray it.

Shenjilo, a well-known and significant personality in the party (whose real name is most likely Mohammad Dar Abdi Khalili, or, Moustafa Dar Abdi Khalili,) is an influential personality within the Management of Political Planning for Administrating Finance and Human Resources for the Party. Shenjilo was born in Ein Arab, a city in Northeast Aleppo. He is in his third decade, yet is distinguished for being an expert of Kurdish affairs and their distribution, especially in the Syrian and Iraqi regions.

He is characterized by intelligence and sharp memory according to those who know him in Ein Arab. He moves regularly between many countries carrying various aliases, but his main operation center is the Iraq-Turkey border. The border enables him to capitalize on Turkish, Syrian and Iraqi communication networks at the same time, allowing him to effectively coordinate. Shenjilo belonged to a prosperous family, but he left them for more than eight years and only communicates with them through telephone, and at indefinite times while using different nicknames. Syrian Intelligence, and in particular the branch of espionage in the State Security Department, call for his father and brother periodically to inquire about him, as he is wanted by security forces. However, this security branch is unable to gain access to any useful information, since both the father and the brother do not know the movements of their wanted relative, as he gives them no information of his whereabouts or movements.

ROUJ is the media platform of this party and until recently was the only platform for the Kurdish on satellite TV channels, making it widely received among the Kurds. It mainly depends on a network of volunteer Kurdish. The Administration of the channel refuses to provide reporters with money, and considers their activity as correspondents as a kind of National Jihadi Kurdish duty. In most cases, ROUJ provides its correspondents with modest and handy cameras and equipment. This necessitates reporters to be of a relatively stable financial revenue, because they have to bear the burden of the channel’s external communication. The internet, of course has provided much less cost effective possibilities for communication.

As for financing the channel and its offices, the process is conducted through collecting donations from Kurds abroad, particularly German Kurds, and it is propagated among the Syrian Kurds.  Two German Kurdish figures alone provide the most support for it. One of them is engaged in the trade of export-import and the second has no record of any sort of information.

Rumors in the Arab World characterize the second figure as of being a personality dealing with U.S intelligence. This provides them with the money to support the party, that might exploit and make use of its armed members in creating disorder among the countries where the Kurds are spread. Whenever the latter decides to transfer to the Russian side, that aims at weakening the American presence in the Middle East and in the Caspian Region.

The Movement of Circulating Money:

Despite strict control on the movement of circulation of money, the Turkish Government is unable to monitor the financial movement and activity of this party, due to the fact that it uses mechanisms  too difficult to breach. This relies on foreign exchange offices that have branches abroad. In case the party’s administration abroad transfers the funds to Turkey, the conversion takes place in one of the personal accounts in Europe. Usually it is of a worker or their relative of the Exchange Office in Turkey. The Exchange Office in Turkey, in turn, cashes the money in Turkish Lira, to a civilian who works with the party in Turkey.

However, perhaps most of the transactions from abroad are currently benefiting the Region of Iraq’s Kurdistan, but in relatively small numbers. They are dealt with by personalities from the Talabani or Barzani party, who have relatives abroad. The condition is that they hand over the money to the party activist after cutting a small amount of it.

Where there is money and opportunities for financial growth, expect armed dealers to be nearby. This concept has become very familiar.

The weapons mafia’s are capable of penetrating the most complex security devices, through their communications net. This is known to those who are familiar with the Kurdish issue. Perhaps the opportunity discovered after the collapse of the Baath Regime in Iraq, has transformed Iraq into a cheap source for arming. This is especially so in terms of relatively light weapons, such as the Kalashnikov, Arbjee, pistols, and mines. The party has indeed received many individual weapons, as some Peshmerga members also deal in considerable amounts of munitions without the knowledge of their leaders.

The party, historically, has benefited from Turkish-Syrian, Turkish–Iraqi and Turkish-Iranian conflicts. In each period a conflict took place for a share of many weapons. However, the greatest arming age was during the Cold War. Most of the party’s weapons are relatively old and any new weapons will be under the gaze of Major Commanders, and used only at a time of complete urgency.